Yesterday a delegation of trustees of the RSA Trust attended the dedication ceremony for the ring of eight bells cast for St George’s Church, Ypres. The bells have been cast to commemorate the centenary of the Battle of Passchendaele (also known as the Third Battle of Ypres) in 1917. The church was built in 1927 and was designed to house a set of English bells, but none were installed. Alan Regin, David Smith and other bell ringers from around the UK raised £195,000 to cast and install the eight bells at the church to rectify this.

The bells were transported to Belguim on the backs of two preserved lorries manufactured in 1915, both of which saw service on the Western Front before being placed in the aisle of the church for their dedication ceremony. The fifth bell was cast with a dedication to “The Workers of the Royal Small Arms Factory” with an accompanying dedication in the book of remembrance,

“The RSA Trust are proud to be the custodians of the former Royal Small Arms factory in Enfield. This inscription is in recognition of the dedication of the factory workers whose efforts in manufacturing the Lee Enfield Rifle contributed so much to support the Allied troops. It is also in memory of the many workers who sacrificed their lives in the WW1 battles.”

The RSA Trust is grateful for the efforts of Alan, David and their fellow bell ringers in seeing this important deed done and look forward to hearing the bells ring out in the autumn. 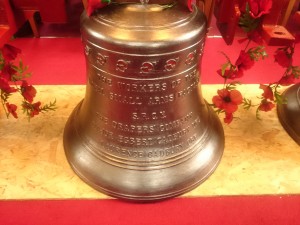 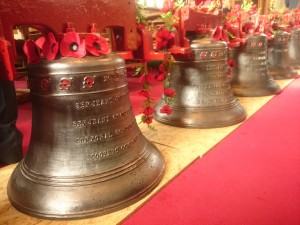 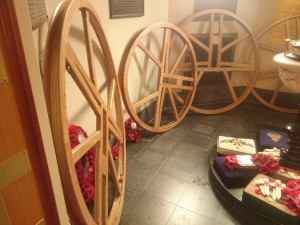 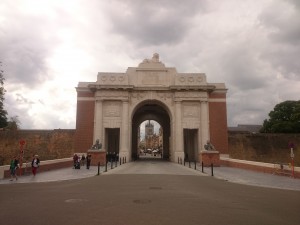 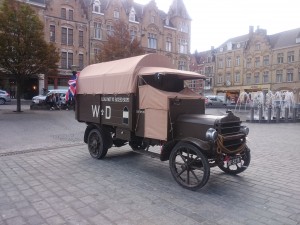