In September 2016 The RSA Trust agreed to sponsor a dedication on one of a set of eight ‘full circle’ tuned church bells, destined for St. George’s Anglican Church in Ypres, Belgium. The church was built as a memorial to the fallen British troops from the First World War battlefields in the 1920s. However a ring of bells was not installed at the time of construction. This is now being remedied by Alan Regin, David Smith and the rest of the Bells4StGeorges team who have raised £195,000 to cast and install the bells in time for the centenary of the Battle of Passchendaele.

On Thursday 1st June RSA Trustee Michael Polledri MBE and our Heritage Manager attended the John Taylor & Co Bell Foundry in Loughborough to witness the fifth and seventh bells being cast. The day included a visit to the Bell Foundry Museum as well as a tour of the forge and tuning shops. We are very grateful to David and Alan for their tireless work in not only arranging the casting of these memorial bells but Alan’s work to research and tell the stories of all 1,077 bell ringers who fell in the First World War. Michael was also able to enjoy a recital by the group of bell ringers in the Foundry’s own belfry.

The RSA Trust’s dedication appears on the fifth bell and is dedicated to “The Workers of the Royal Small Arms Factory”. The set of bells will be taken to Ypres at the end of august. The video and photos below give a flavour of the casting. 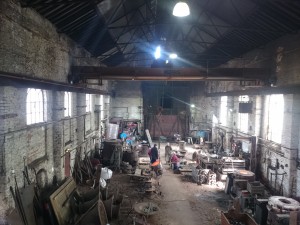 The forge at John Taylor & Co during a casting

wo of the completed bells awaiting their head stocks 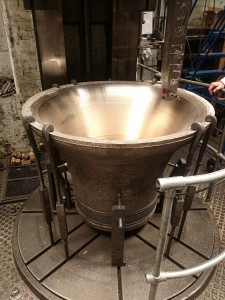 A bell being tuned in the tuning shop 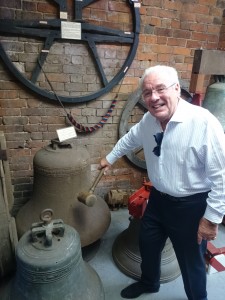